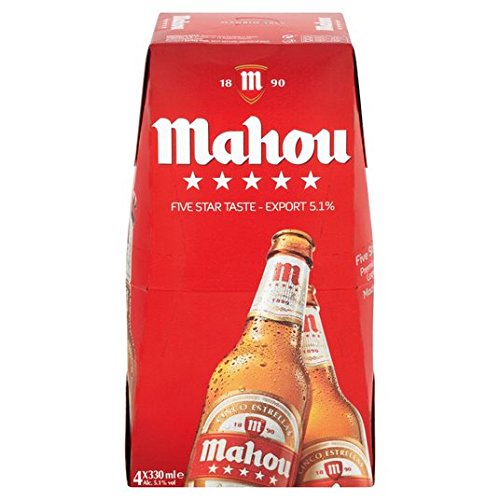 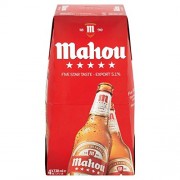 Vegetarian
Almacenamiento: Keep in a cool place.Keep dark out of the reach of children.
Type of package: glass bottle + carton

In 1890, when Henry, Luis and Carolina, children of a French entrepreneur born in Lorraine, founded the Sons of Casimiro Mahou in Madrid, the surname French was ready to become the name of the flagship of one of the beers most famous Spains. In 1891 the first Mahou beer was produced at the brewery in calle de Amaniel, Madrid. Today Mahou is Spain's first brand of beer. Its variant cousin of Mahou Five Stars has been imported and distributed by Carlsberg Uk since 2010.
Vegetarian
Almacenamiento: Keep in a cool place.Keep dark out of the reach of children.
Type of package: glass bottle + carton
Recycling information:
Country of origin: Product of the EU